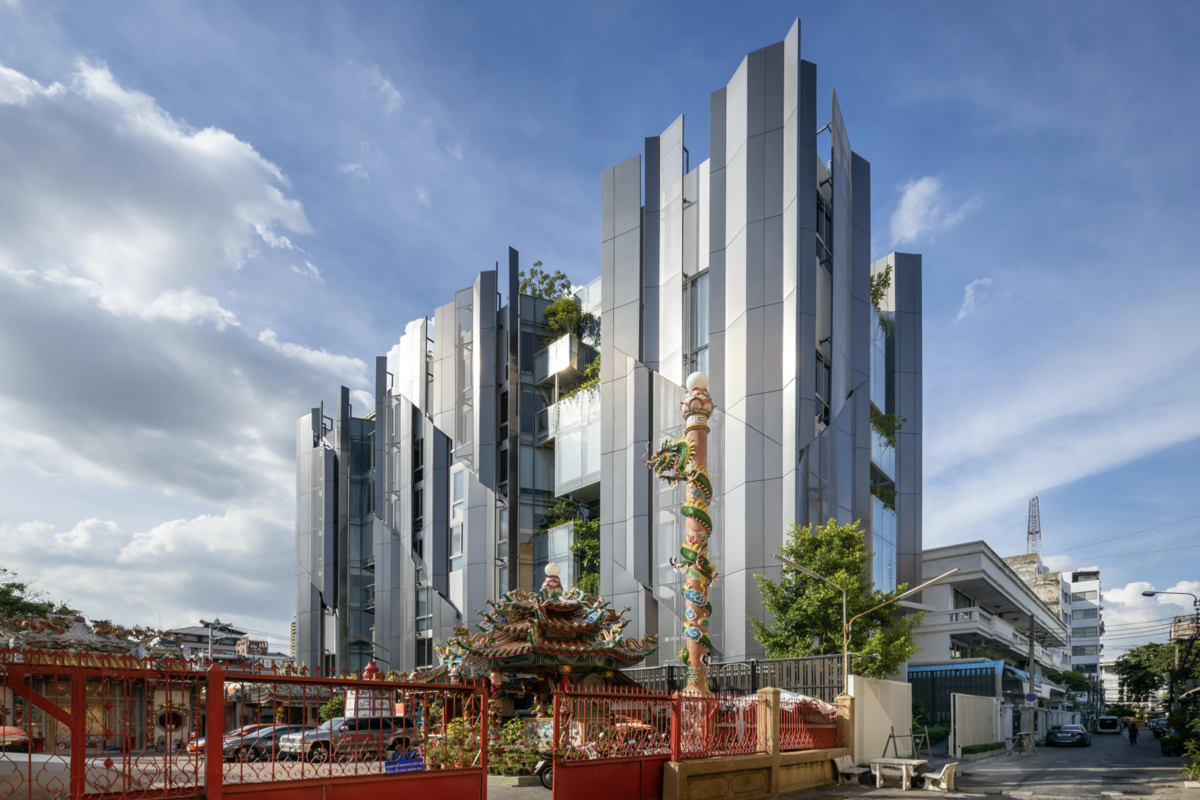 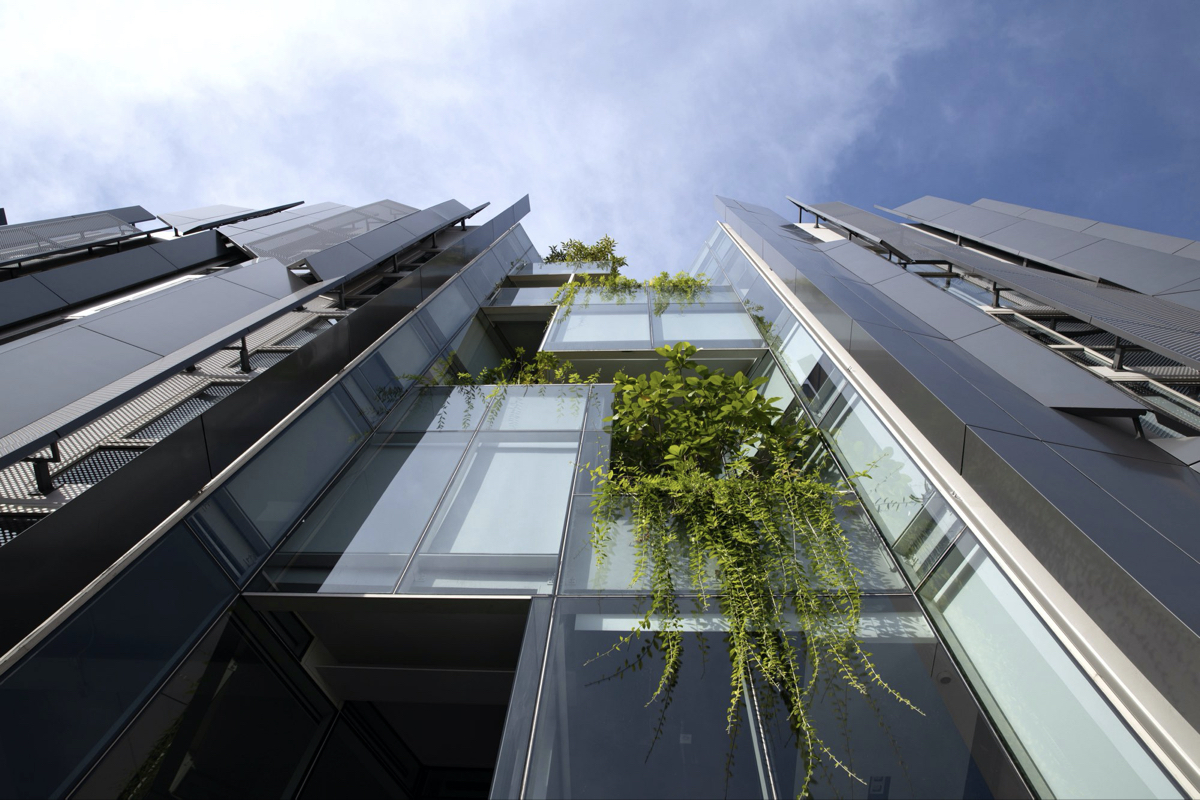 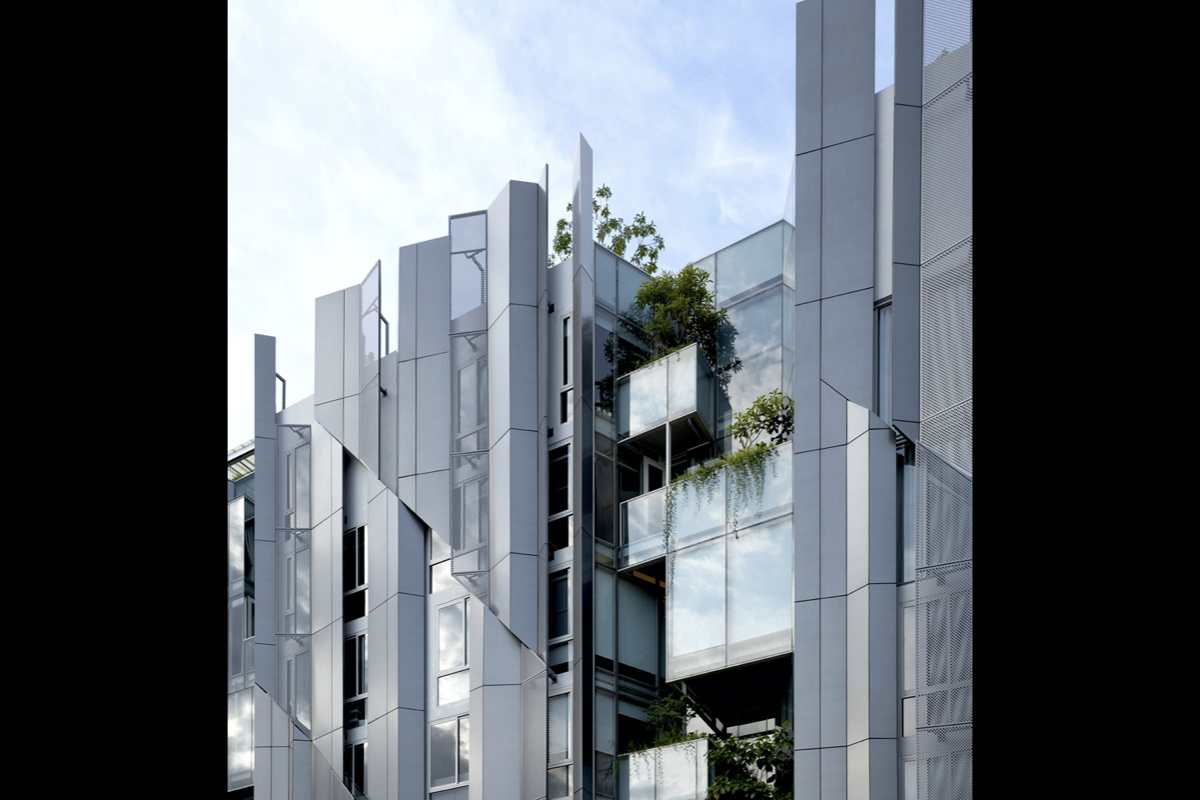 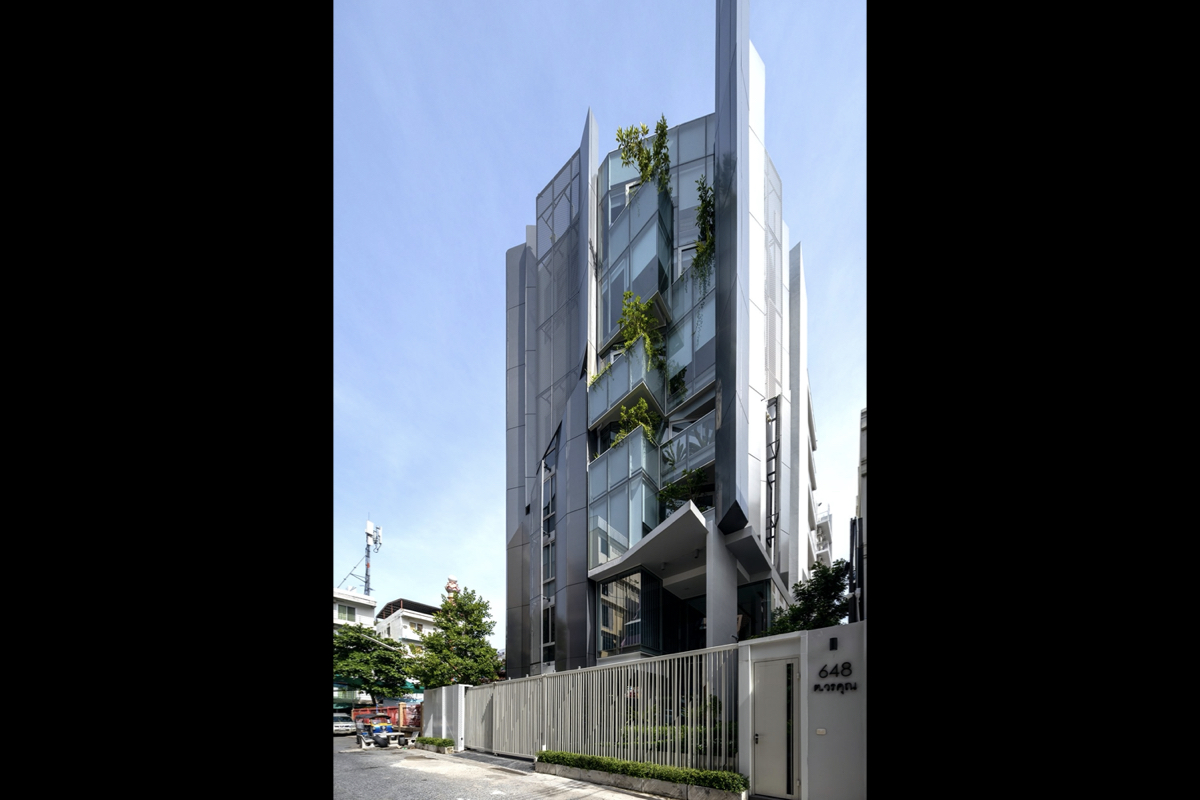 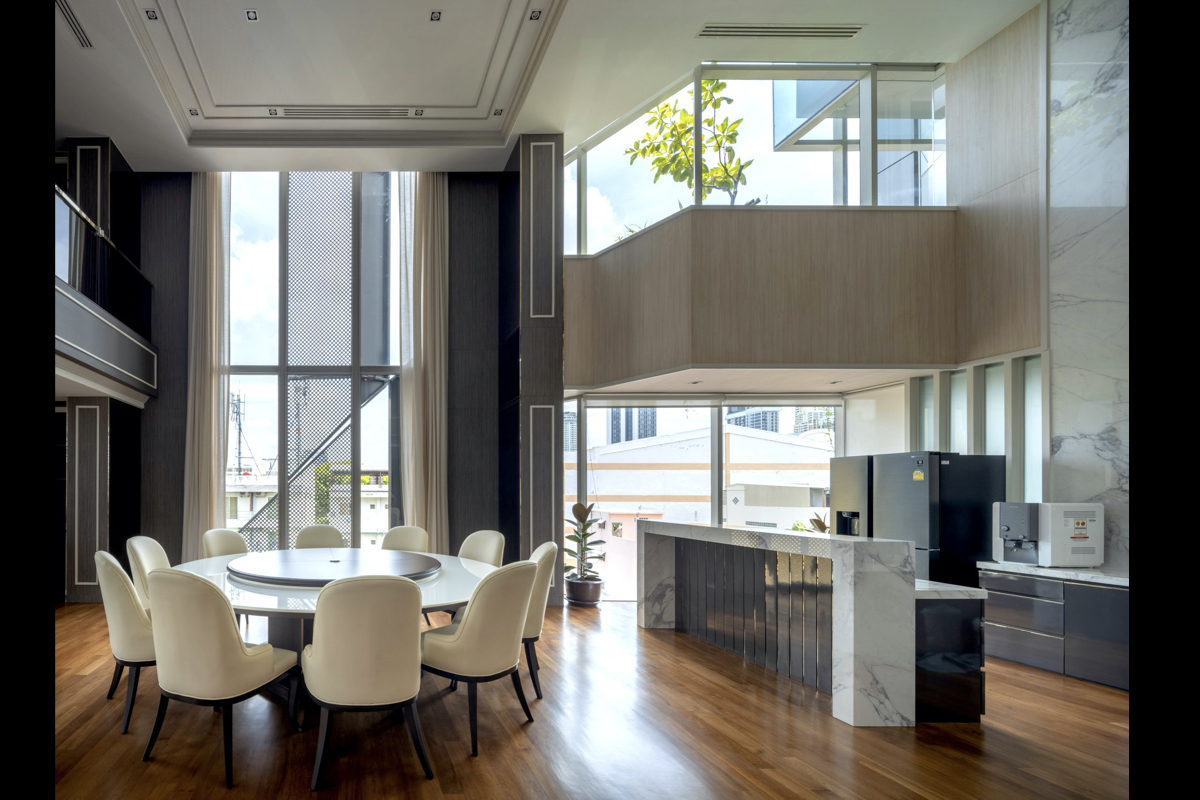 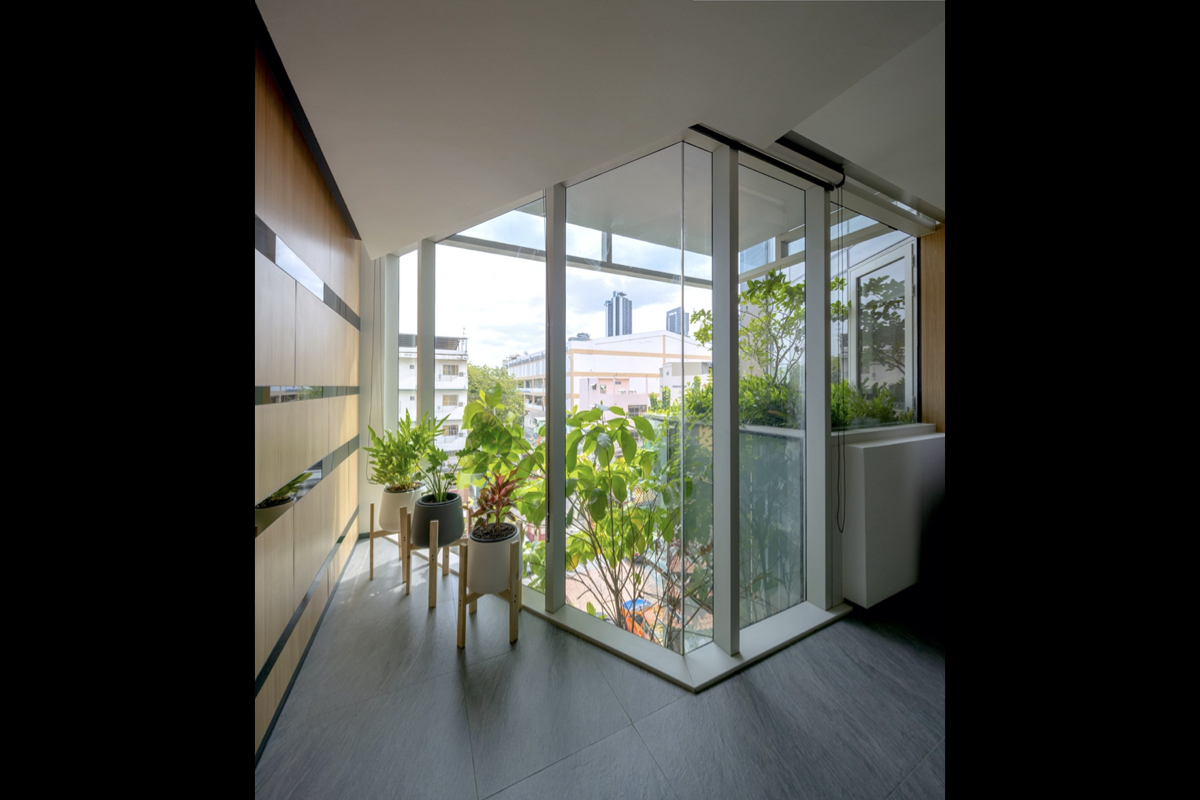 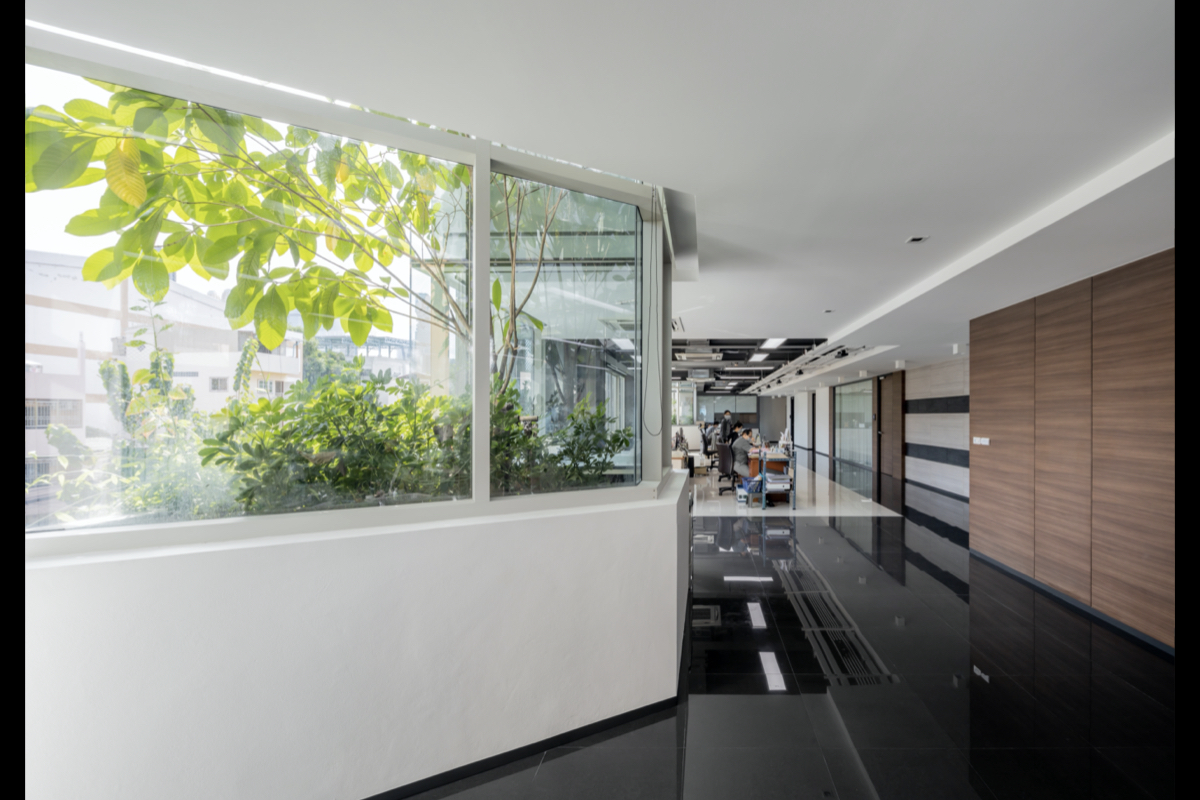 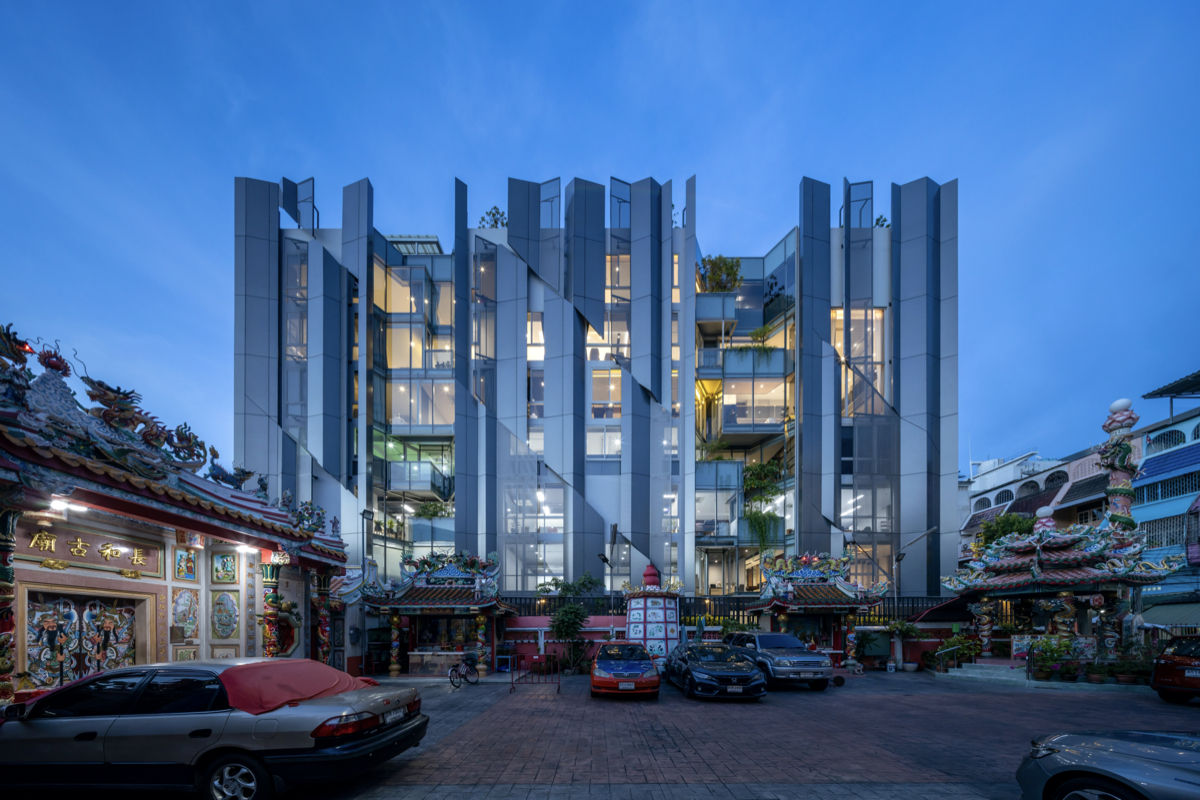 Suanphlu Office is a private office with the owner’s penthouse on the top floor. It is situated next to Lao Pueng Thao Kong shrine, a historical shrine of Suanphlu’s community. The building’s main orientation faces the shrine, which is also the west direction that receives a lot of sunlight.

The neighbor becomes an important factor in the facade design. The facade design has to not only consider the view of the users on the inside and the amount of sunlight getting through the building but also be aware that this facade also serves as a backdrop for the community with a potential to reflect the harsh sunlight onto the neighboring shrine.

Due to the property size limitation, the building features concave insertions of green pocket courts, climbing from the base up the side. The pocket courtyards are continuously placed on each level alternatively from floor to floor resulting in the different layers of green views on each floor. This idea not only improves the building’s elevation aesthetics but also creates views of pocket greenery for the office spaces inside the building.

The double skin facade is designed to protect the building from the harsh sunlight, reduce the reflection on the glass facade, and encourage the wind flow and ventilation. The building’s glass facade is covered by the aluminum cladding to reduce the heat and the amount of sunlight entering the building, while still providing visibility to the outside through its clear, perforated and opaque design.

The semi-gloss titanium claddings are cladded at different angles which result in a shadow pattern that changes throughout the day. The planes are bended in different angles to avoid harsh sunlight reflection onto the neighbors while the diagonal cuts in the design visually separate the facade into panels across the building, creating movements and adding dynamic. The facade becomes a recognisable feature which adds a unique characteristic to the project as the owner has intended and as a result, the project is able to enhance the quality of life for the users on the inside while also being considerate to the existing surrounding community.